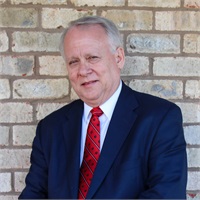 Harry W. Graves, Jr. is a founding partner of Browning Graves and has been in the investments and insurance industries for over twenty-five years. Harry has a Bachelor of Science in Business Administration from Tennessee Technological University, where he majored in Business Management. He holds producer licenses in Life, Accident and Health, and Variable Contracts insurance in several states. He is an Investment Advisor Representative with Cetera Advisor Networks LLC, holding Series 6, Series 7, and Series 63  securities registrations.

Harry is a lifelong resident of Medina, Tennessee. His daughter, Elizabeth, and her husband, Andy, also reside in Medina with their two children, Micah and Clarke. He enjoys Saturday morning breakfasts with his family and friends.

Harry attends Northside Church in Jackson where he is also the organist. He enjoys symphony events and taking care of his mother, which he says is "one of the most humbling experiences of my life."